Vless is an an updated version of vmess protocol, which has been around for a while. After several developers found flaws on vmess protocol, and showed that vmess protocol can be detected by DPI, vless was developed. I should note that, it is the simple vmess tcp combination that can be easily detected, vmess ws+tls is still a good and secure option.

Additionally, xray core has been developed as an alternative to standard v2ray core. According to developers, xray is more stable, better for UDP gaming and %30 faster than v2ray.

Recently, v2-ui script has been updated to use xray core, and now we can fully enjoy the xray vless combination.

As the developer of v2-ui, changed the v2ray panel to x-ui, which is based on xray core, this tutorial is updated accordingly. The new panel has some design and functionality changes. Most of the installation is same as before. The x-ui panel is only in Chinese right now, but you can use google translate to understand it.

Note: I will update screenshots later.

I can suggest these VPS services:

Note: If you are familiar with v2ray ws+tls tutorial, feel free to skip to Managing Vless.

Thanks to the one-command script by sprov065, you can install vless easily, even if you are not familiar with Linux commands.

This guide will be for Debian and Ubuntu.

The setup consists of two parts. First, the x-ui script installation, and the second is getting a free SSL certificate from Let’s Encrypt for TLS, and enabling CDN from Cloudflare. The second part is only needed if you wish to use tls and cdn.

Q: What is difference between TLS CDN and just TLS?

A: Your  VPS IP address is hidden by Cloudflare IP when using TLS+CDN, but speed could be slower compared to without CDN.

Part one – install the script

a) First question asks whether you agree. Press y.

d) The last question asks you to write a port number for your user panel.

And that is it for the installation part. Part two – get the SSL Certificates

To get an SSL certificate, you need a domain name (www.example.com), preferably a paid one from providers like namecheap or porkbun, and a Cloudflare account. Both Porkbun and Namecheap have free Whois Guard. When it comes to pricing, Porkbun has an upper hand, you can find domain names for under $3 per year. Please do check the renewal prices before purchasing a domain.

When adding your domain name to your Cloudflare account, Cloudflare will ask you to redirect your nameservers. It will be something like this:

You need to copy those from Cloudflare to your domain name registrar (ex: namecheap.com). On Namecheap you can find it on Domain List > Manage > Nameservers. Change the DNS to Custom DNS and add Cloudflare nameservers. After a while, Cloudflare will inform you that the setup is done., 2. Connecting your domain name to the VPS IP address

On Cloudflare,
And lastly change SSL/TLS mode to Full or Full (strict). 2. Use certbot to get SSL Certificate. Use your own email address and domain name.

3. If you get a note like “Congratulations!..”, it means that now you have SSL certificate for your  domain/sub-domain.

In the text you will find destinations of your certificate file and key file. Copy them, as you will need  them on web panel. It will be something like this:

If you face errors and cannot get the certificate, please make sure that your firewall is listening to ports 80 and 443, you have pointed your VPS IP address to the domain name and the Cloudflare CDN is off.

4. Last, the SSL certificate expires in 90 days, to make sure to reew it before expiration. Here is a manual renewal command.

You can go to x-ui web panel typing your IP address (or domain name) and the port (12345 in my case) on a browser. You can log in using your username and password.

To add a user, you need to go to “accounts”, press add button and fill in the blanks according to  your preferences.

There are various combinations, we will be using most preferred VLESS TCP XTLS combination.

And that is it. You can add, edit, delete users within seconds, and check bandwidth usage using x-ui web-panel.

You are not only limited to vless with this web panel, you can configure and test various combinations of vmess, trojan and shadowsocks.

I would like to thank vaxilu and other developers for this easy multi-user management panel. If you think your vless has slow speed, or have an older Linux version on your VPS, you can use bbr script by teddysun, to install google bbr.

Installing vless to Your Devices

Sometimes IP blocks are so often that you may want a solution without a hassle and go for a paid option. If that is the case for you, Wannaflix offers vless, along with other VPN protocols. You can read my brief review about the VPNs on the blog post the Best Stealth VPNs.

Wanna check other VPNs? Head over to the VPN Comparison Table, and find the best VPN that fits you. 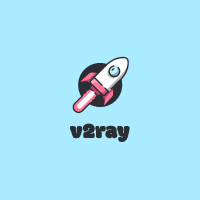